Shopping Cart
Your Cart is Empty
Quantity:
Subtotal
Taxes
Shipping
Total
There was an error with PayPalClick here to try again

Thank you for your business!You should be receiving an order confirmation from Paypal shortly.Exit Shopping Cart

Who gets the child tax credit? 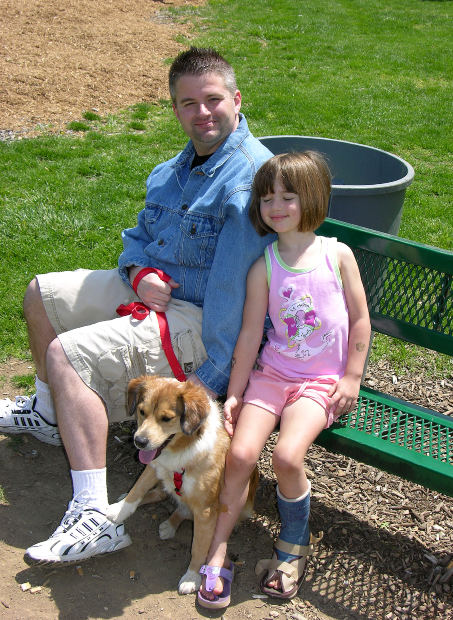 "I am a non-custodial father that pays a non-court-ordered child support monthly. While drafting a child support agreement, me and the mother disagreed on who can claim the child. I requested we alternate years. She's of the opinion as she is the custodial parent, she HAS to be the one to claim her. Is there any truth to this?"
The question as to who has the right to claim dependents is one that arises often in co-parenting situations. Where one parent has primary physical custody and the other provides child support or the parties have joint legal and physical custody, the issue is often a murky one.
The IRS has specific rules when it comes to guidelines for a "qualifying child of more than one person." Claiming a child for tax purposes comes with a number of tax benefits:
From the IRS:

Children of divorced or separated parents(or parents who live apart). In most cases, because of the residency test, a child of di­vorced or separated parents is the qualifying child of the custodial parent. However, the child will be treated as the qualifying child of the non­custodial parent if all four of the following state­ments are true.

a. Are divorced or legally separated un­der a decree of divorce or separate maintenance,

b. Are separated under a written separa­tion agreement, or

c. Lived apart at all times during the last 6 months of the year, whether or not

they are or were married.

2. The child received over half of his or her support for the year from the parents.

3. The child is in the custody of one or both parents for more than half of the year.

4. Either of the following statements is true:

The IRS further provides tests to determine what level of support a parent provided during the taxable year. (Page 15 of this document has a worksheet to determine your level of support.).  If a noncustodial parent meets the special rules for a shared child, he (or she), may claim the child for certain specific tax purposes (an ex­emption and the child tax credit), but not those with a residencey requirement such as head of household filing status, the credit for child and dependent care expenses, the exclusion for dependent care benefits, or the earned income credit.

The custodial parent has the presumptive right to claim tax benefits of a qualifying child. However, those rights may be waived for a specific tax year or multiple tax years with form 8332: Release/Revocation of Release of Claim to Exemption for Child by Custodial Parent.

If you have specific questions with respect to child custody and child support issues contact an attorney licensed in your jurisdiction. The information provided in this North Carolina law site blog is for educational purposes only.

Oops, you forgot something.

The words you entered did not match the given text. Please try again.

Reply PiWracy
7:19 AM on December 1, 2022
Q: Does magnesium increase testosterone?
A: benefits of viagra for men Some trends of medicament. Get advice here.
It's similar to your fullness falling off a bluff into a bundle of tingling ecstasy. It's a nous of lustful unchain that you learn yourself having no manage once again and letting yourself go because it's honourable too mind good. An earth-shattering female orgasm is complete of a kind. https://sildenafilhim.com

Reply preaddy
4:02 PM on December 3, 2022
How do you prevent congestive heart failure from getting worse stopping lasix side effects?

Reply vietry
12:57 PM on December 8, 2022
Losing an erection or being not able to become vertical much results from nerves, anxiety, or using booze or other drugs. Off men problem back gig, and every once in a while they're anxious about whether or not having lovemaking is the right conclusion, or whether they're with the fairly partner.
Source: teva generic cialis